45 Days Film is coming out soon! Sign up to be the first to know about private screenings and release.

humanisation of the Artsakh conflict

The documentary is directed by former Royal Marines Commando Emile Ghessen. The film shows the human cost of the 44-day war between Armenia and Azerbaijan, told through the eyes of the Armenian perspective. The highly anticipated  documentary on the war in Artsakh “45 Days: The Fight for a Nation” will privately screen around the globe ahead of its full release on online streaming platforms.

The documentary team are incredibly proud of their effort to showcase the human aspect of the war. The impact on the country and society of Armenia. With thousands of people killed and displaced, the story of the ultimate sacrifice and human cost is told through the eyes of the Armenian people.

Emile Ghessen, Director, is no stranger to conflict and has been in war zones since the age of 18. The former Royal Marine Commando turned documentary filmaker connected local people on the ground during the war, to fully understand its impact and emotional cost. He is grateful for the time, effort and care of the Armenian people who supported him in the making of this film.

Emile Ghessen is a conflict documentary journalist and reporter. He was recruited to the elite Royal Marine Commandos as a young man. During his service he saw action in Afghanistan and Iraq, worked as a recruit instructor and travelled the world. Now he is an expert filmaker and journalist embedding himself into hot zones of irregular conflict and warfare. His filmaking travels have taken him to Iraq, Syria, Ukraine and Armenia to cover conflict on the front lines and understand those who fight in these wars, often telling stories of the devastating human conflict they have.

The former talent agent is quickly becoming one of the most sought after international film producers in Hollywood by being the first American producer to shoot a narrative feature film in his birthplace of Armenia, Yerevan. Asko built a name for himself amongst casting directors, landing his clients roles in hit television series such as Criminal Minds, Major Crimes, The Mentalist and feature films like The Fault in our Stars and Divergent. His love for stories and supporting his clients' endeavors pushed him to form Oscar Gold Productions in 2013. Since then he has produced 5 completed feature films, securing worldwide distribution for all of them.

Anthony J. Rickert-Epstein (A.J.) was born and raised in Cincinnati, Ohio and has been making films since he was eight years old. He attended Miami University in Oxford, Ohio, graduating at age twenty with a Bachelor's degree in Mass Communications and a minor in Film Studies. Today, his work can be seen in numerous feature-length films, television shows, music videos, and web series. Most recently he was editing the period piece "Songs of Solomon", which was the official 2020 Academy Awards submission by the country of Armenia for best international feature film, best cinematography and best editing.

The 45 Days Film is proud to be supporting several Armenian charities. As the Armenian people deal with the aftermath of the conflict, this film serves to raise awareness of the challenges arising from the war and the organisations that support the people, soldiers and their families. 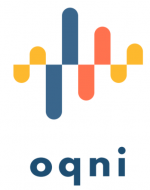 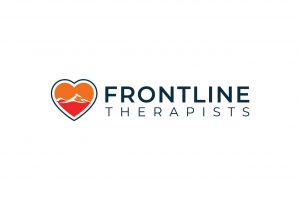 Submit your email below to get updates and further information on the documentary, including the release of screening dates worldwide.